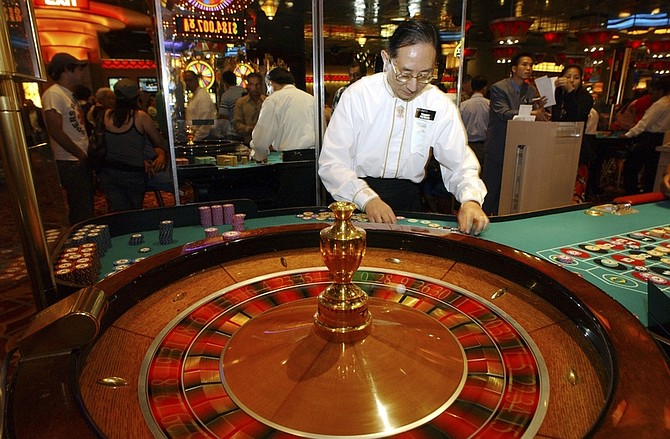 FILE - In this July 4, 2006 file photograph, Tommy Yu, a roulette dealer at Resorts Atlantic City casino, counts chips during play in Atlantic City, N.J. According to a new poll released Thursday, March 11, 2010, a majority of Americans oppose changing the law to allow bets to be placed over the Internet, as well as to allow legal betting in professional or college sports teams. The Fairleigh Dickinson University PublicMind poll also found people have positive opinions of Las Vegas, Atlantic City, and most other gambling resorts, with only Detroit receiving a negative rating. (AP Photo/Mary Godleski, File)