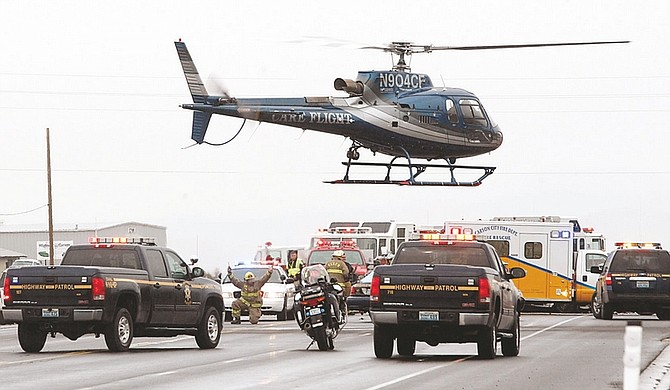 Shannon Litz /Nevada AppealCare Flight takes off from the scene of a fatal accident in Mound House on Friday afternoon.