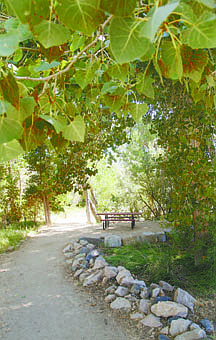 Jim Grant/Nevada AppealCarson River Park near Lloyd&#039;s Bridge off Carson River Road is due for upgrades that will add a number of amenities for residents including a covered group picnic area.