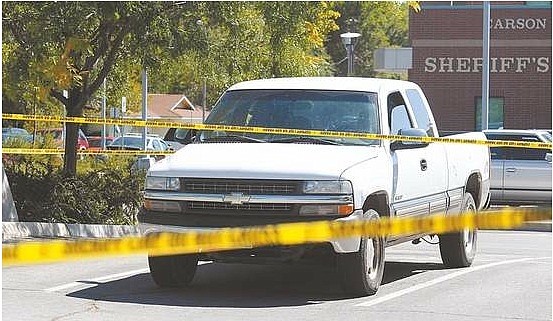 A truck involved in a shooting in Brunswick Canyon area sits in the Carson City Courthouse parking lot on Saturday.