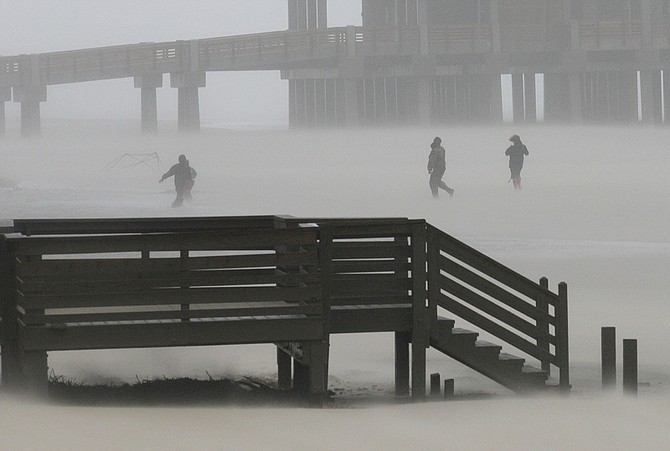 People walk through the blowing rain and sand as the effects of Hurricane Irene are felt in Nags Head, N.C., Saturday, Aug. 27, 2011. (AP Photo/Gerry Broome)