Carson stores on the move 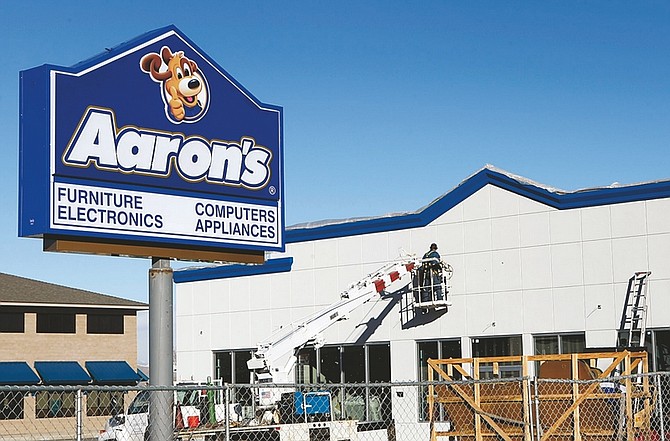 Shannon LitzConstruction on the new Aaron&#039;s building on Thursday. The business currently has a location in north Carson City and will relocate to the new south Carson City location in February, which is where the now-demolished Carpet Barn used to stand.