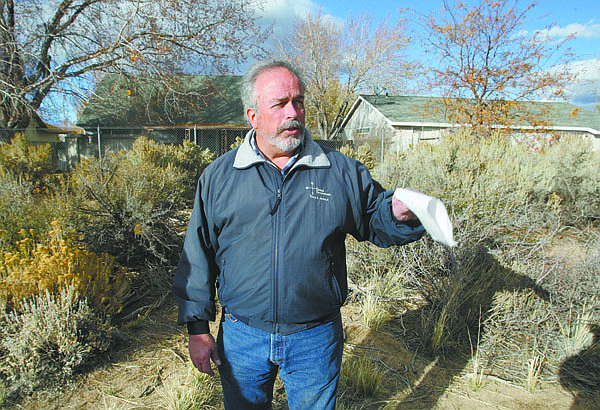 Nevada Appeal file photoPaul Eastwood lost an appeal Thursday to stop construction of a solar array behind Seeliger Elementary School. He said the panels would pose a safety risk to children who play there.