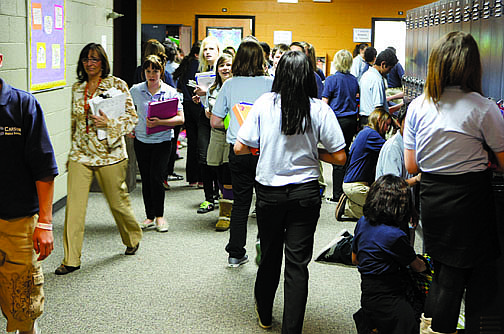 Shannon Litz/Nevada AppealStudents walk in the hall between classes at Carson Middle School on Friday.