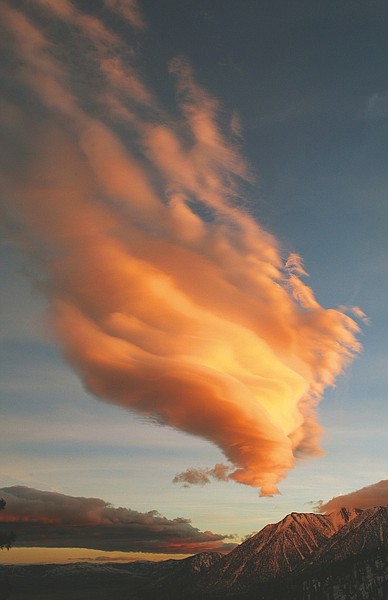 Jim Grant/Nevada AppealA beautiful sunset was the perfect ending to a perfect day Sunday, when temperatures reached a record 66 degrees for the date.