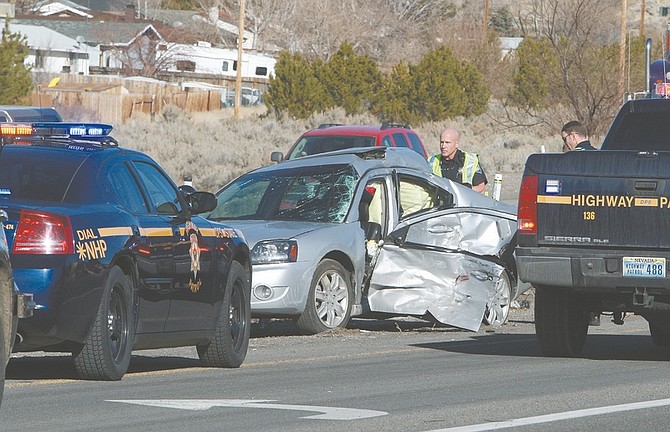 Jim Grant/Nevada Appeal The driver of a Mistubishi was transported by helicopter to Renown Regional Medical Center on Monday after a semi was unable to stop at a red light and hit her vehicle, police said.