Documents: Dugard too scared to escape 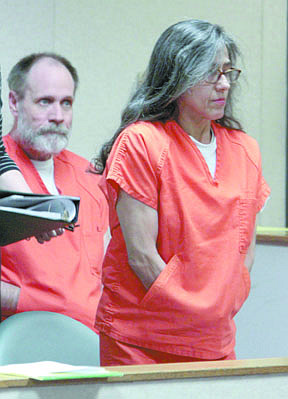 Nancy Garrido takes a seat as her husband, Phillip Garrido, background, looks on before the start of their sentencing hearing for the 1991 kidnapping of Jaycee Dugard, at the El Dorado County Superior Court in Placerville, Calif., Thursday, June 2, 2011. Judge Douglas C. Phimister sentenced Phillip Garrido to 431 years to life and Nancy Garrido to 36 years to life in state prison.(AP Photo/Rich Pedroncelli, Pool)