Meet Your Merchant: Bringing a smile to their faces 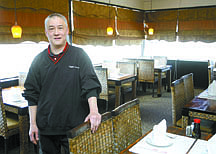