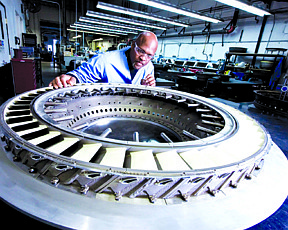 COURTESYA Chromalloy Nevada company spokeswoman has confirmed that 41 employees were laid off from their Carson City plant Thursday. The jet engine parts manufacturing and repair plant will continue operating with 380 employees.