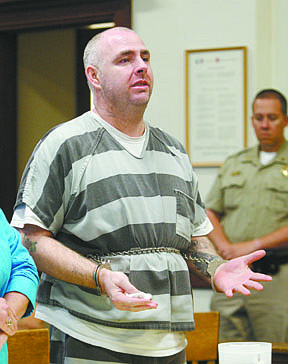 Jim Grant/NEVADA APPEALWilliam Billy Jack Caron maintains his innocence after he was sentenced to serve 375 years in state prison for sexually assaulting five girls under the age of 14.