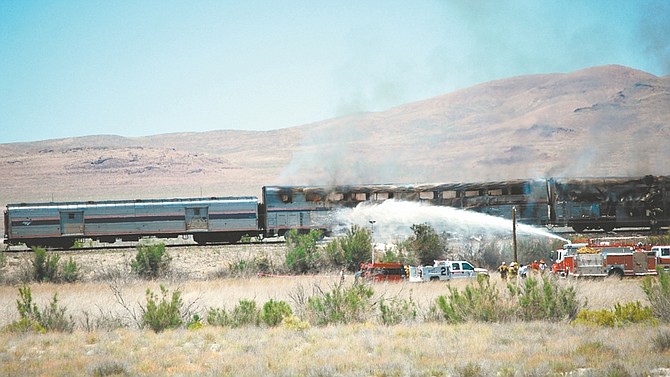 Steve Ranson/Lahontan Valley NewsFirefighters work to extinguish a fire at the scene of an accident where a semi-truck crashed into an Amtrak train. At least two people were killed.