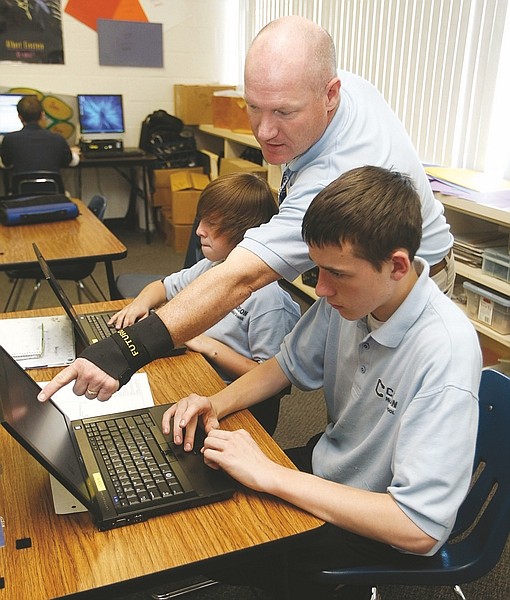 Shannon Litz/Nevada Appeal Carson Middle School eighth-grade math teacher Wade Greenlee talks with students Chris Burrows and Eddie Zinda on Thursday. As part of a program there, students are each provided a laptop to work on in class.