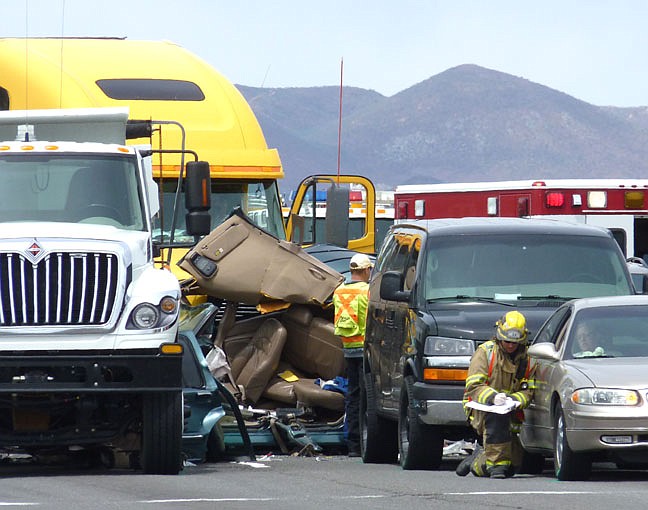 Kurt HildebrandFirefighters work at the scene of a seven-car pileup at Jacks Valley Road and Highway 395.