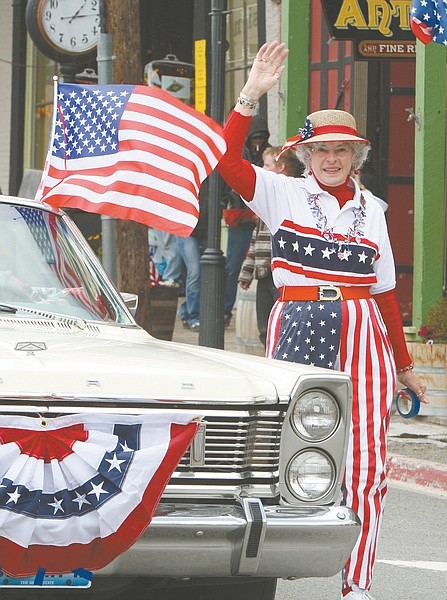 Photos by Jim Grant / Nevada AppealPatriotism is prominent in Virginia City on Saturday.