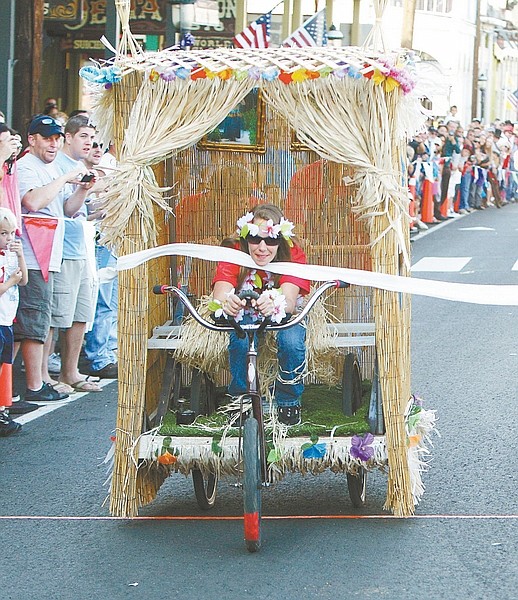 Photos by Jim Grant/Nevada AppealPP Hut driver Sheri Bagley breaks the toilet paper roll at the finish line to win her heat against the Commando Comode at the annual Outhouse Races in Virginia City on Saturday afternoon.