'I'm so lost without him:' Carson City woman grieves fiance after IHOP shooting 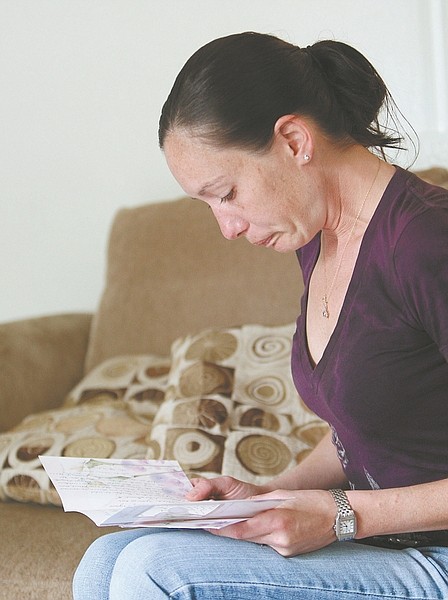 Jim Grant/Nevada AppealStacia Green reads a sympathy card sent to her after the death of her fiance Master Sgt. Christian Riege. He was one of four people killed in the mass shooting at IHOP last month.