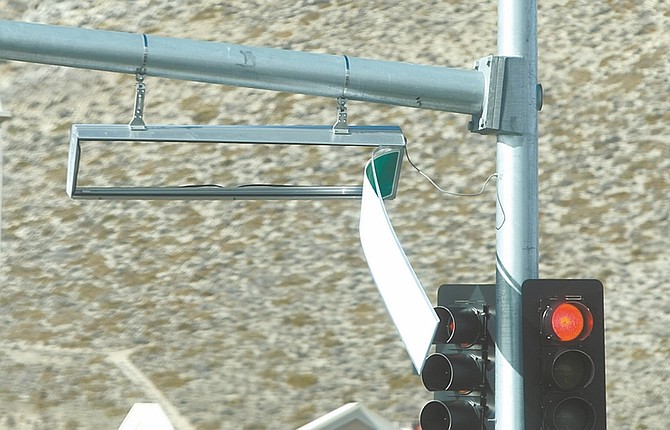 Shannon Litz/Nevada AppealThe street sign for Highway 395 at the intersection of 395 and Topsy Lane on Saturday.