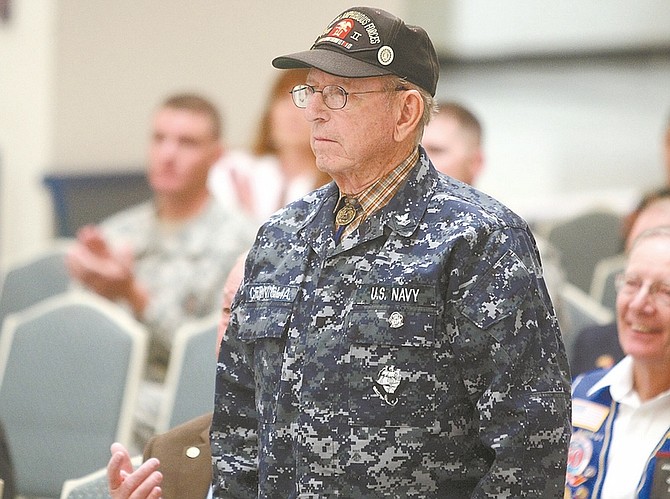 Photos by Shannon Litz / Nevada AppealNate Cerniglia of Carson City stands to be honored as a veteran of World War II during the Carson High School Veterans Day assembly on Wednesday. Cerniglia joined the military at age 16 and served from 1944 to 1947.