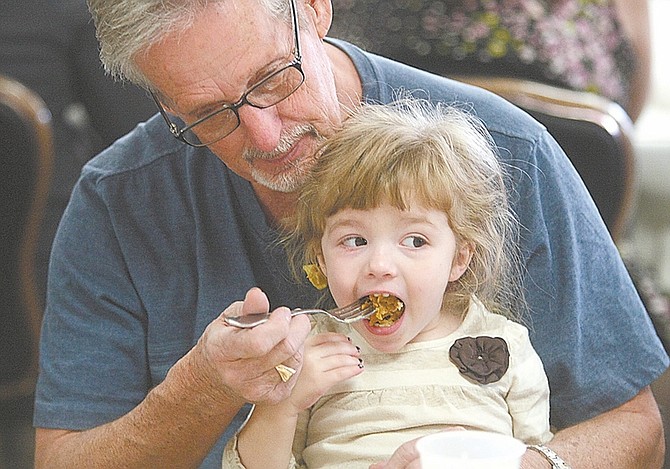 Photos by Shannon Litz / Nevada AppealEarl Britt shares a bite of pumpkin pie with his 3-year-old granddaughter, Samantha Grace Smith, on Thursday at the Carson Nugget.