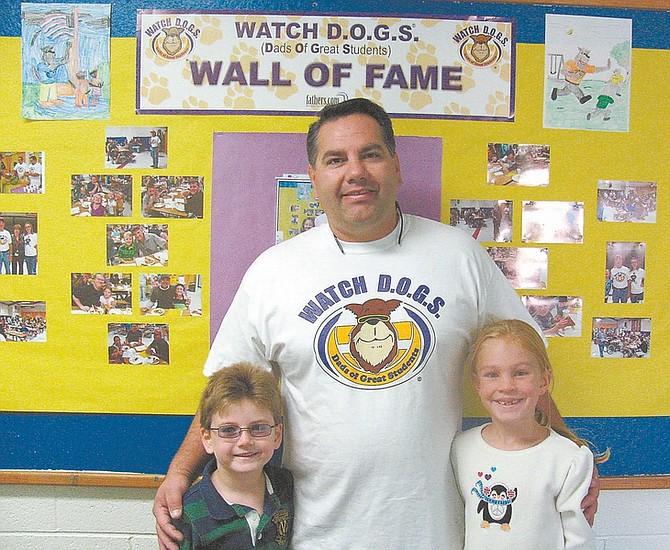 Courtesy photosTed Rupert, with children Jett, 6, and Keela, 7, volunteers with the Watch DOGS at Fritsch Elementary Program. The program is aimed at getting fathers and other male role models involved in schools.