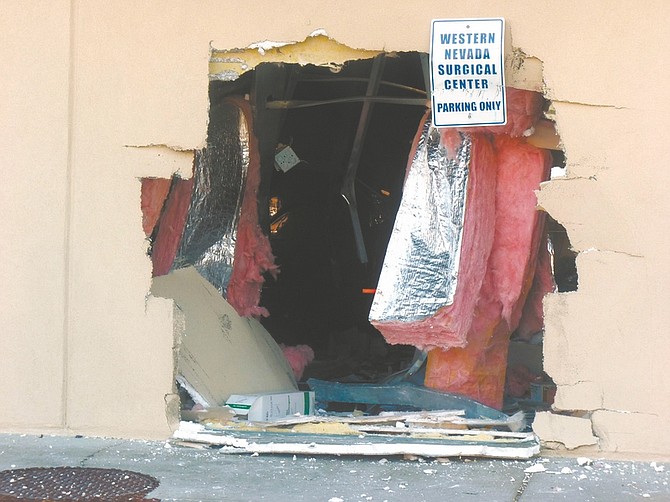 Wheeler Cowperthwaite / Nevada AppealThree people were injured Thursday morning when a Toyota RAV4 rammed into the back of the Western Nevada Surgical Center.