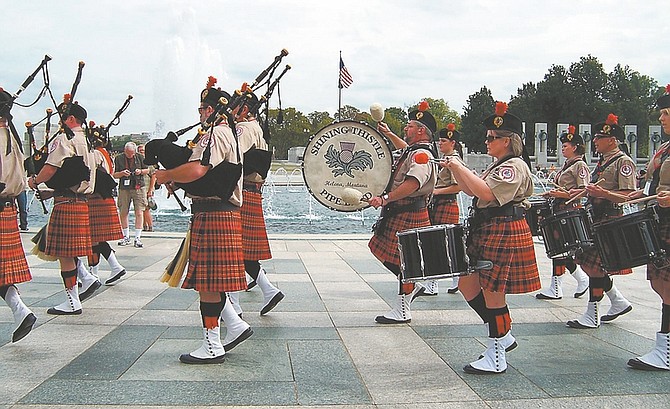 Courtesy Ken Beaton The six bag pipers and six drummers of the Shining Thistle Pipe Band from Helena, Mt., are marching toward the laying of a wreath ceremony at the WW II Memorial in Washington, D.C. on Sept. 28.