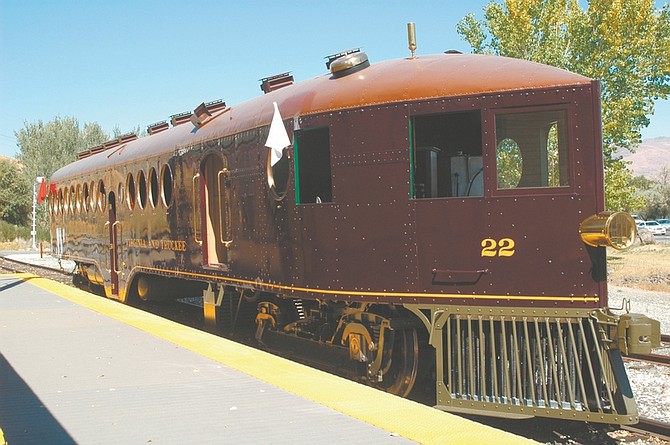 CourtesyThe McKeen Motor Car at the Nevada State Railroad Museum has been designated a historic landmark by Secretary of the Interior Ken Salazar.