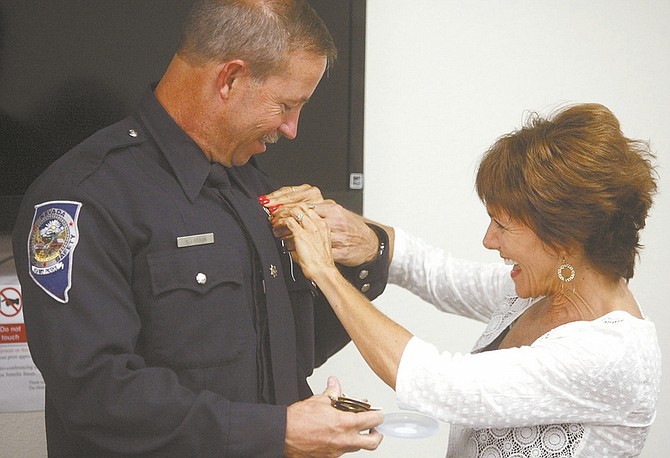 Shannon Litz / Nevada AppealTrooper Ron Larson has his new badge pinned on by his wife, Maria, on Friday afternoon. Larson was honored for being the longest serving Nevada Highway Patrol Trooper on the force.