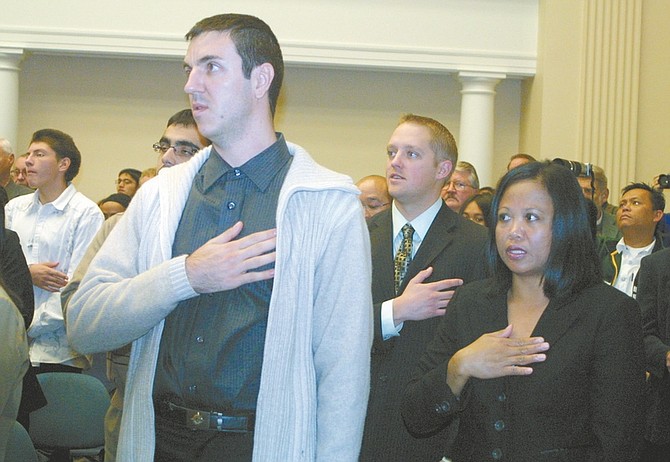 Photos by Teri Vance / Nevada AppealAbove: New citizens pledge allegiance to the American flag for the first time during a ceremony Friday in the state Capitol.