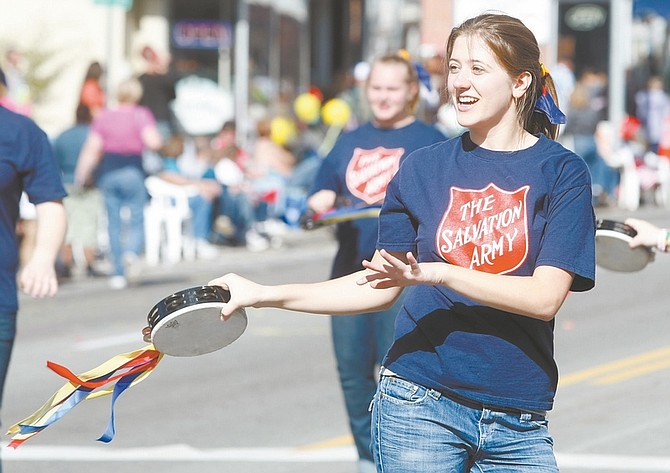 Shannon Litz / Nevada AppealSixteen-year-old Elizabeth Jarett sings and dances along with the Salvation Army float in the Nevada Day parade. For more photos go to nevadaappeal.com/photos.