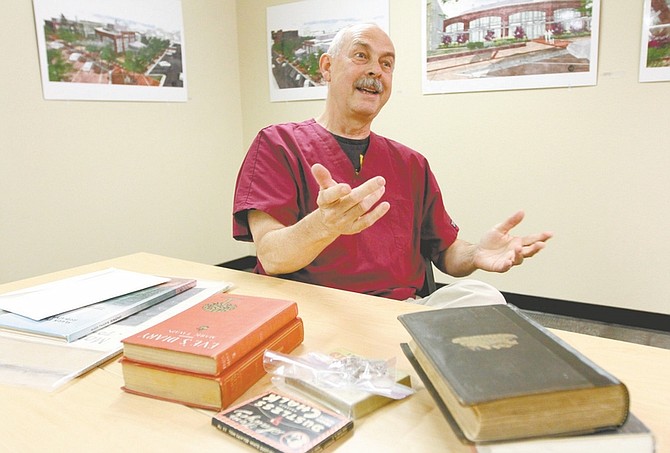 Photos by Cathleen Allison / Nevada Photo SourceGerald Bartholomew talks about donating his personal collection of more than 1,100 Mark Twain-related items to the Carson City Library. Bartholomew has been collecting the books and other memorabilia since the late 1960s.