UPDATE:Train collides with truck in Hazen, no injuries or deaths reported 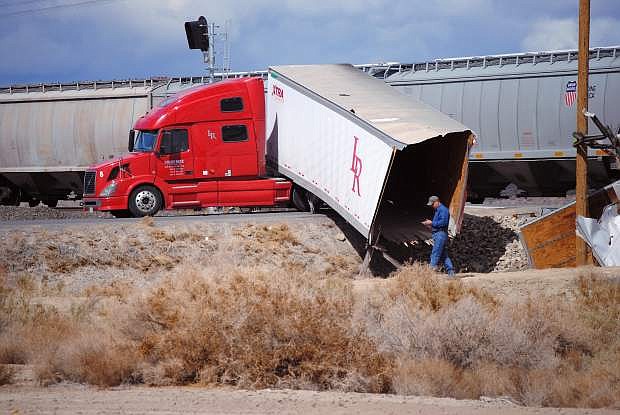