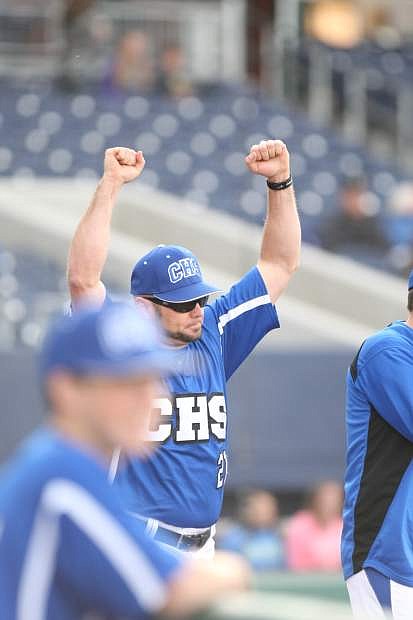 Charles Banfield bats at the Aces Ballpark against the Reed Raiders on Friday afternoon. For more photos from the game to go nevadaappeal.com/photos