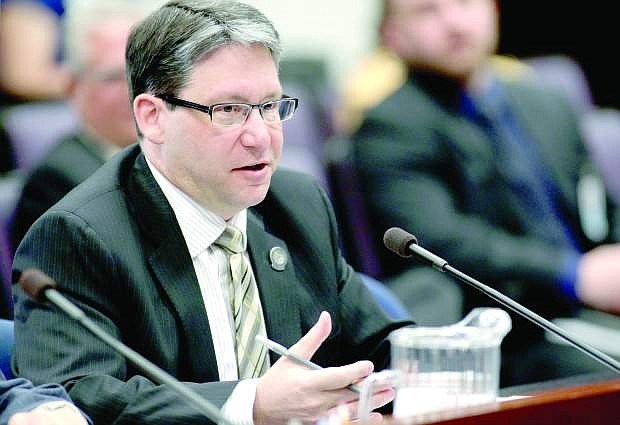 Assemblyman Andrew Martin, D-Las Vegas, presents a bill to legalize marijuana. The bill would end a 70-year ban on marijuana use in Nevada and create regulations similar to alcohol for adults 21 years and older