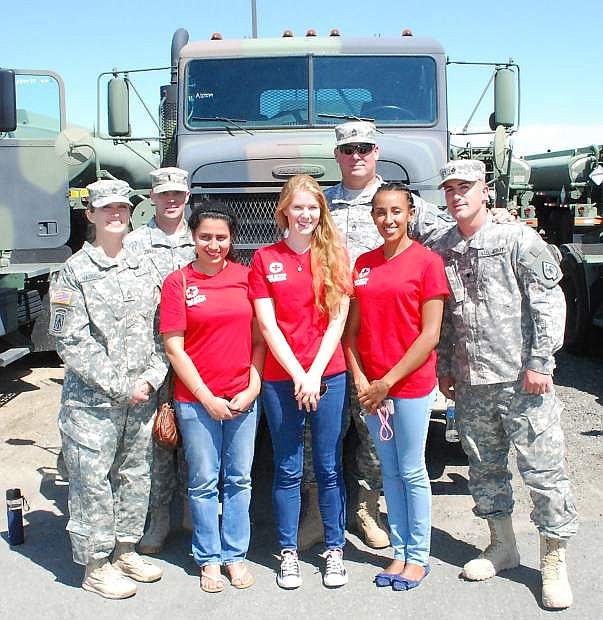 The University of Nevada, Reno, Red Cross chapter received recognition for their support of the 593rd Transportation Company while it was deployed near Kabul, Afghanistan. The company recognized the chapter on Saturday during a change of command for the unit. The chapter sent care packages earlier this year to more than 150 soldiers. Red Cross members, surrounded by Nevada guardsmen, are Navdeep Kaur, Crystal Powell of Fallon, one of the major organizers of the drive, and Melat Demeke. Guardsmen from left are Sgt. 1st Class Heather Harris, 1st Lt. Chris Jones, Sgt. 1st Class John Dube and Spc. Justin Nacua.