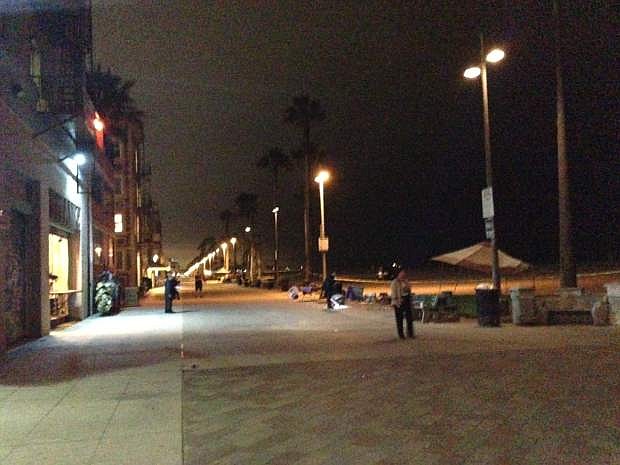 Police stand watch in the taped off crime scene and examine the left over remnants from vendors on the Venice Beach boardwalk in Los Angeles Saturday Aug. 3, 2013. A driver plowed into a crowd walking along one of the most popular beach boardwalks in Southern California Saturday evening, killing at least one person, injuring 11 others and leaving behind a chaotic scene strewn with bleeding victims, officials and witnesses said. (AP Photo/Tami Abdollah)