After 2nd capture, bear at Tahoe is put down 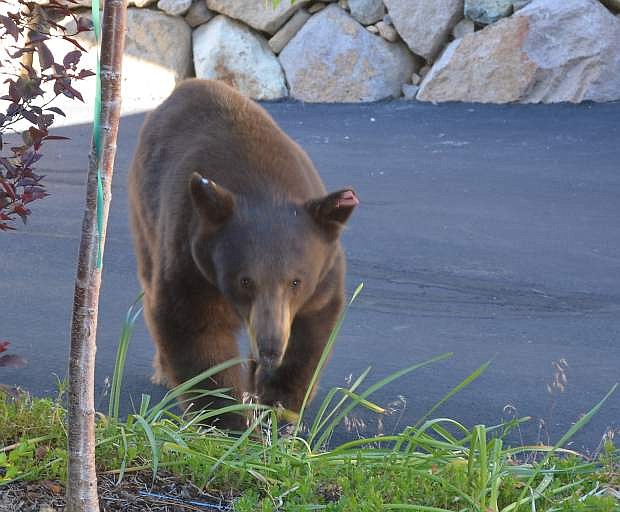 This black bear was killed Monday morning by the Nevada Department of Wildlife. A resident took this photo in a neighborhood in the Galena area.