Kaepernick ready to get to work in real game 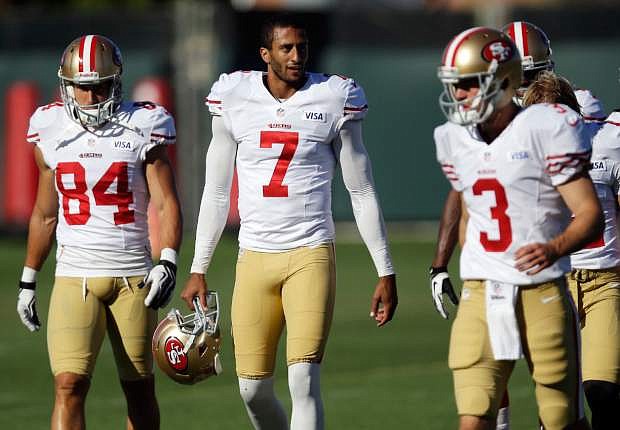 FILE - In this Aug. 2, 2013, file photo, San Francisco 49ers players, from left, Charly Martin, Colin Kaepernick, and Scott Tolzien walk on the field during NFL football training camp in Santa Clara, Calif. The man of few words, Kaepernick, has learned a thing or two from Peyton Manning. He just refuses to say what or offer any specifics. (AP Photo/Marcio Jose Sanchez, File)