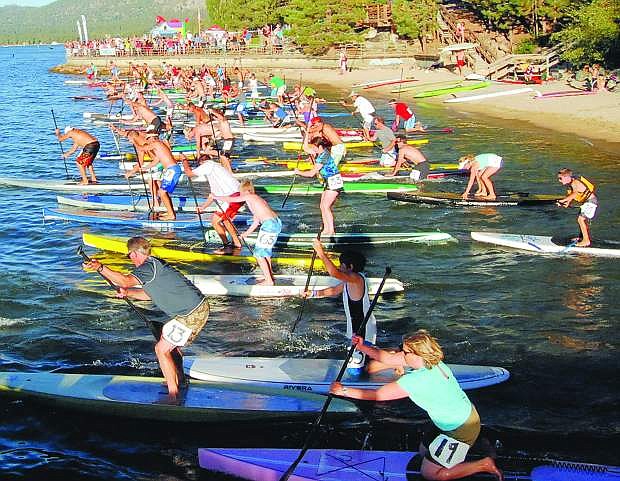 Stand-up paddleboarding is becoming increasingly popular at Lake Tahoe, evidenced by the number of races held across the area, as well as recreatioinal paddlers.