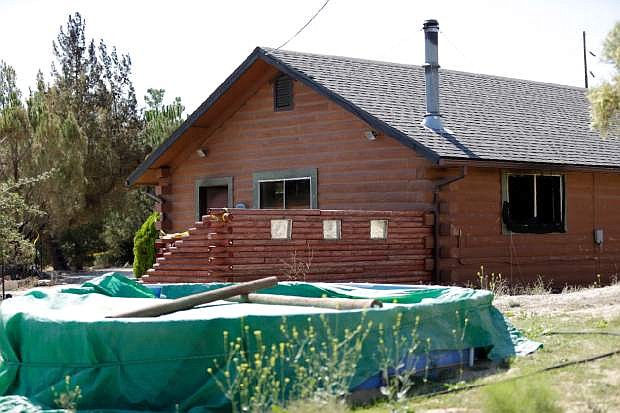 A partially burned home sits behind police tape Tuesday, Aug. 6, 2013, near the U.S.-Mexico border in Boulevard, Calif. The husband of a woman whose body was found in the house said Tuesday that he knew the man suspected of killing his wife and abducting one or both of their children. (AP Photo/Gregory Bull)