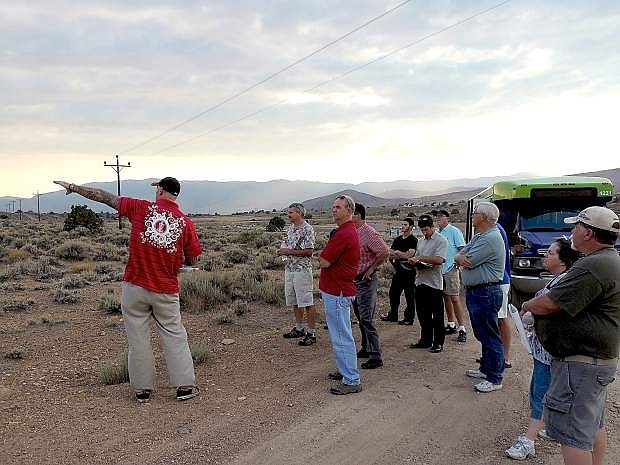 Skot Meyer, Reno Disc Golf Association president, with a sweeping gesture points out topographical and other features at one of Carson City&#039;s prospective sites for the sport during a bus tour meeting of the Parks and Recreation Commission.