Man’s cancer-cure walk has a stop in Carson City 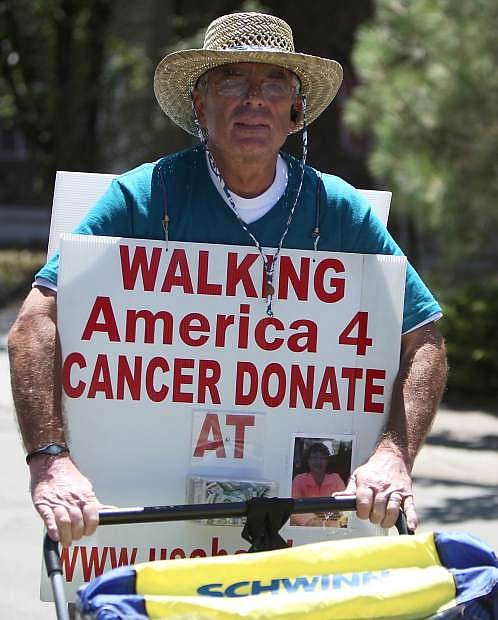 Mike Warren, who is walking across American in support of cancer research and education, made his way through South Lake Tahoe on Tuesday. He was set to be in Carson City on Wednesday night.