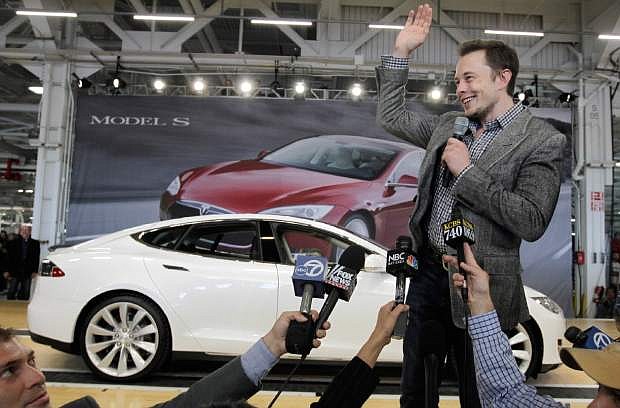 FILE - In this June 22, 2012 file photo, Tesla CEO Elon Musk waves during a rally at the Tesla factory in Fremont, Calif. Musk on Monday, Aug. 12, 2013 unveiled a concept for a transport system he says would make the nearly 400-mile trip in half the time it takes an airplane. The &quot;Hyperloop&quot; system would use a large tube. Inside, capsules would float on air, traveling at over 700 miles per hour. (AP Photo/Paul Sakuma, File)