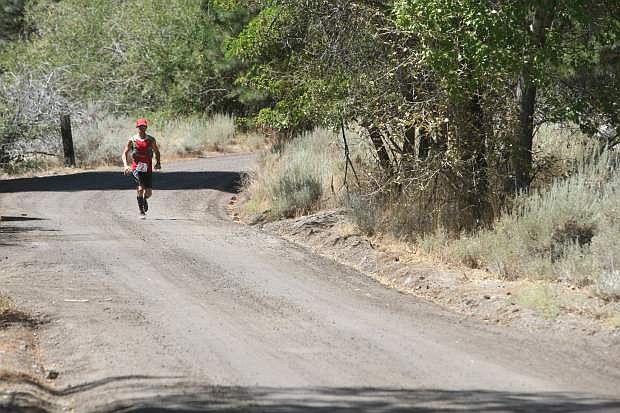 Rick Atherton of Minden competes in the Genoa Peak Madathon on Saturday. Atherton was the men&#039;s 50-59 age group winner for the marathon.