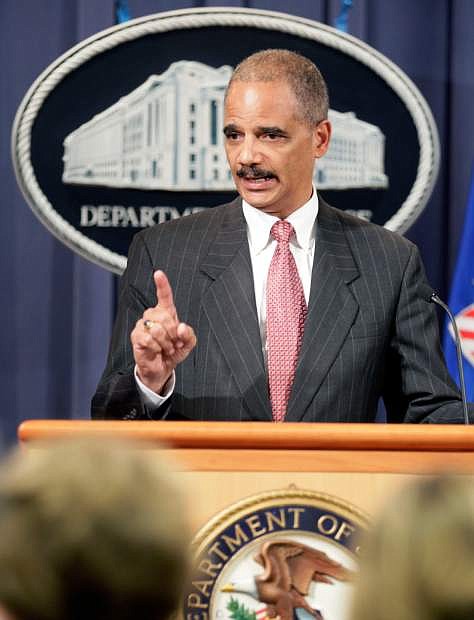 This Oct. 4, 2010 file photo shows Attorney General Eric Holder speaking during a news conference at the Justice Department in Washington. Holder is calling for major changes to the nation&#039;s criminal justice system that would scale back the use of harsh prison sentences for certain drug-related crimes, divert people convicted of low-level offenses to drug treatment and community service programs and expand a prison program to allow for release of some elderly, non-violent offenders. (AP Photo/Carolyn Kaster, File)