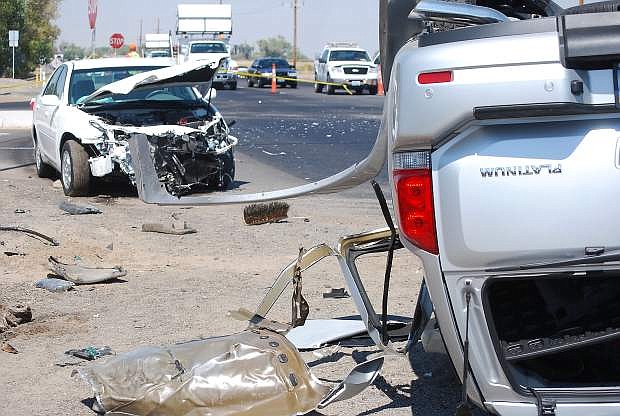 A two-vehicle accident Wednesday morning seriously injured a state worker in a construction zone on the Reno Highway and also both drivers and passengers from one of the cars.