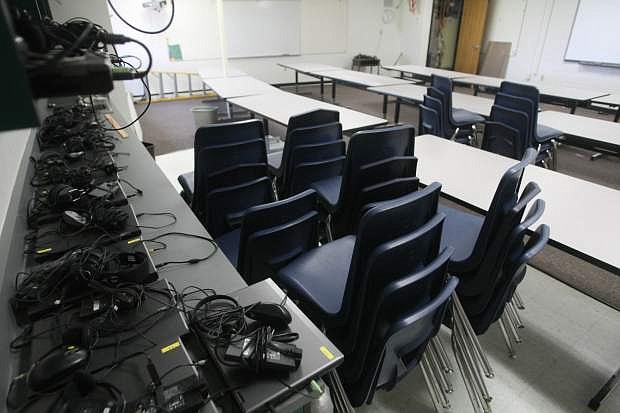 Laptops for a new computer lab at Mark Twain Elementary School are organized in a classroom on Wednesday.