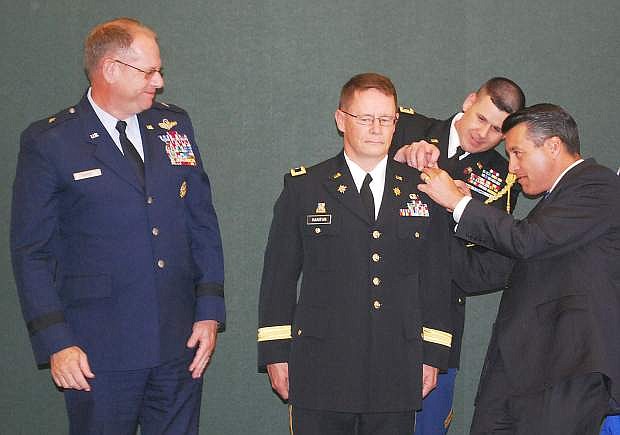 Gov. Brian Sandoval, right, and Chief Warrant Officer 2 Joe Sherych change on Friday one of the shoulder boards on Brig. Gen. Michael Hanifan&#039;s uniform. Looking on is Brig. Gen. William Burks,Nevada&#039;s adjutant general. Hanifan was promoted from colonel to brigadier general in a ceremony at the capitol&#039;s Guinn Room.