Fallon scrimmage more than a game 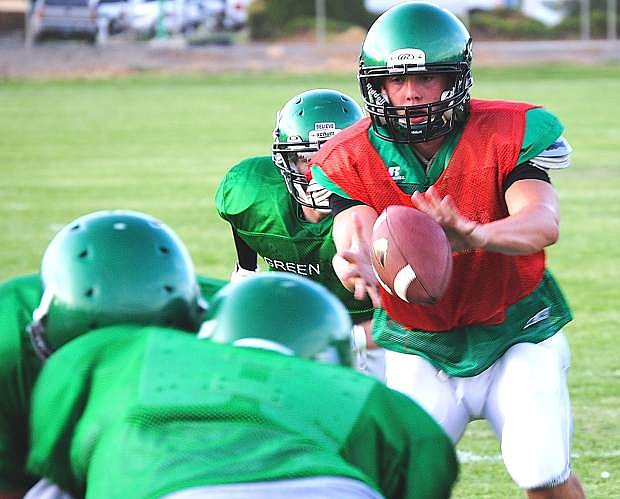 Fallon senior quarterback Morgan Dirickson takes a snap during Monday&#039;s practice at the Edward Aricinega Complex. The Greenwave hosts Fernley on Saturday at 9 a.m. in a scrimmage.