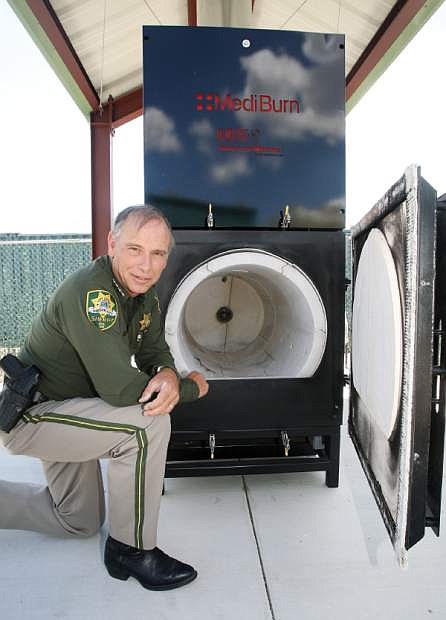 Carson City Sheriff Ken Furlong kneels next to a dual-chamber burner that will be used to incinerate contraband.